You are here: Home1 / La Goleta

The history of the brig-schooner CERVANTES SAAVEDRA dates back to 1934, the year in which she was built as a lightvessel in the Swedish shipyards Götaverken AB, under the name SYDOSTBROTTEN 33.

In 1970 she ended her active life as a maritime signal station and a few years later, in 1977, she was acquired by a private shipowner who, attracted by the solidity of her reinforced steel icebreaking hull, planned to refit her as a pleasure boat. After receiving a new engine, in 1978 the ship was transferred to Portugal for refitting. During the process and due to her extraordinary construction, it was decided to preserve the structure of the hull. After four years of work, the old lightvessel would emerge transformed into a brand new three-masted brigantine.

Renamed ATLANTIC WANDERER and under the Swedish flag, the ship began a new life at sea. The first major voyage took place in 1982, as a participant in the famous Cutty Sark regatta. At the end of this voyage, she was docked in the Caribbean and used for mini-cruises. In 1984 she became the image of a major Canadian brewing company, returning to Sweden at the end of the contract.

In 1985 she was selected to represent the city of Stockholm in the commemorative acts of the 200 years of “New Australia” and to be part of the fleet of nine sailboats that would sail from London to Sydney. After several years chartered in Australian waters, the ATLANTIC WANDERER moved its operations to the Mediterranean and specialised in cruising the coasts of Turkey and the Red Sea.

In 1996 the ATLANTIC WANDERER established its base of operations in Malaga and changed its name to AMORINA. In 2005, Camilo José Cela University chartered the ship for the first of the Travesías de España y la Mar crossings, which, under the aegis of the Royal Spanish Academy of the Sea and the UCJC’s Chair of the Sea, would take to a group of 40 students to Lepanto. The second of the crossings would take place in 2006, as a Tribute to Christopher Columbus.

After the success of both projects and with the intention of giving them continuity, in 2007 Felipe Segovia Olmo purchased the AMORINA, transforming it into a training ship. The ship was placed under the Spanish flag and was renamed CERVANTES SAAVEDRA. Refitting work took some time and when completed she was selected to play the ESTRELLA POLAR on the ANTENA 3 TV series EL BARCO, which was a hit and continued for three seasons between 2011 and 2013, running for a total of 40 episodes. At the end of the filming, CERVANTES SAAVEDRA resumed its activity, focused mainly on academic programmes and the promotion of a differential and innovative education model, based on life experience and training in human values.

See experiences on board La Goleta 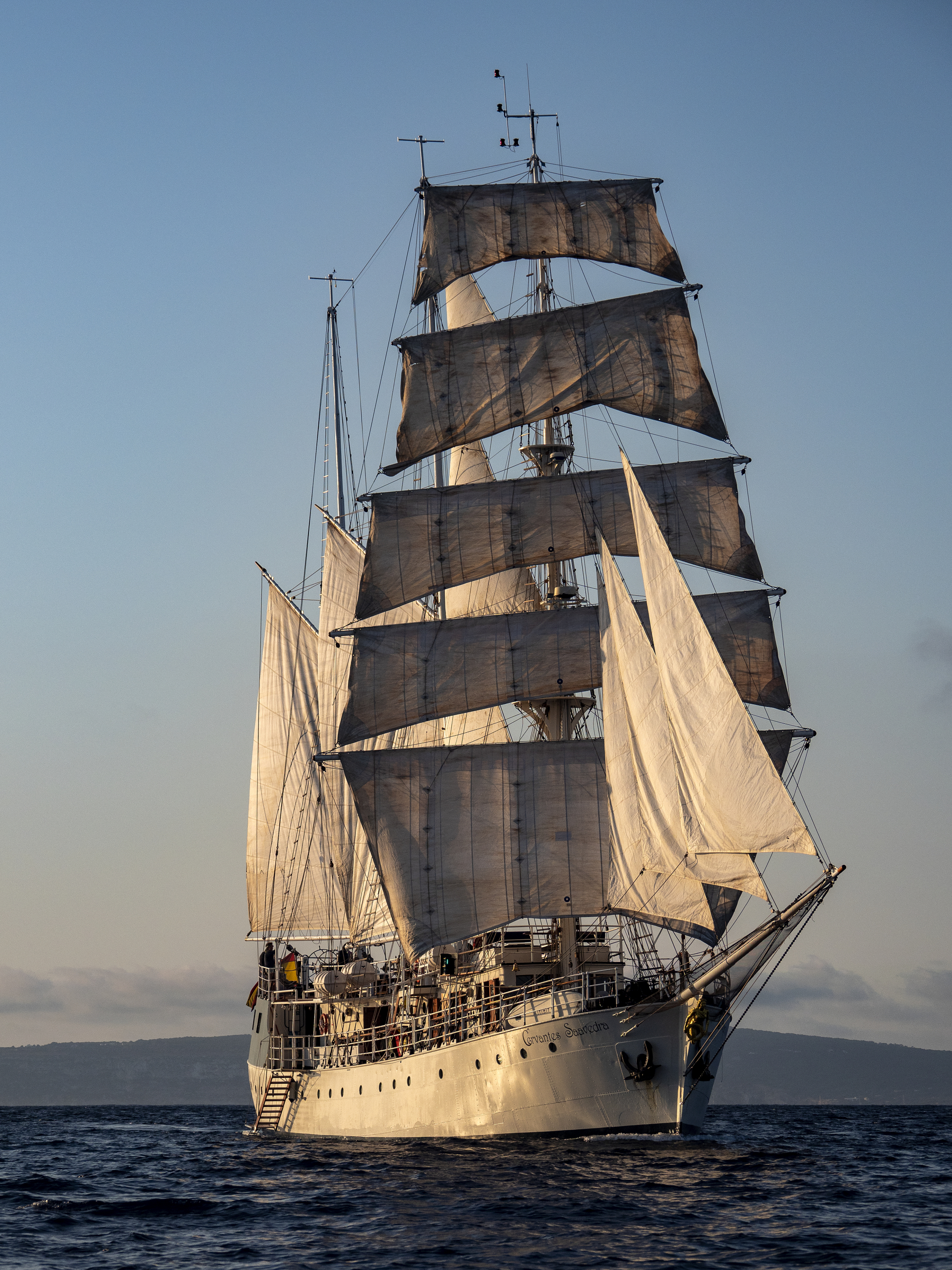 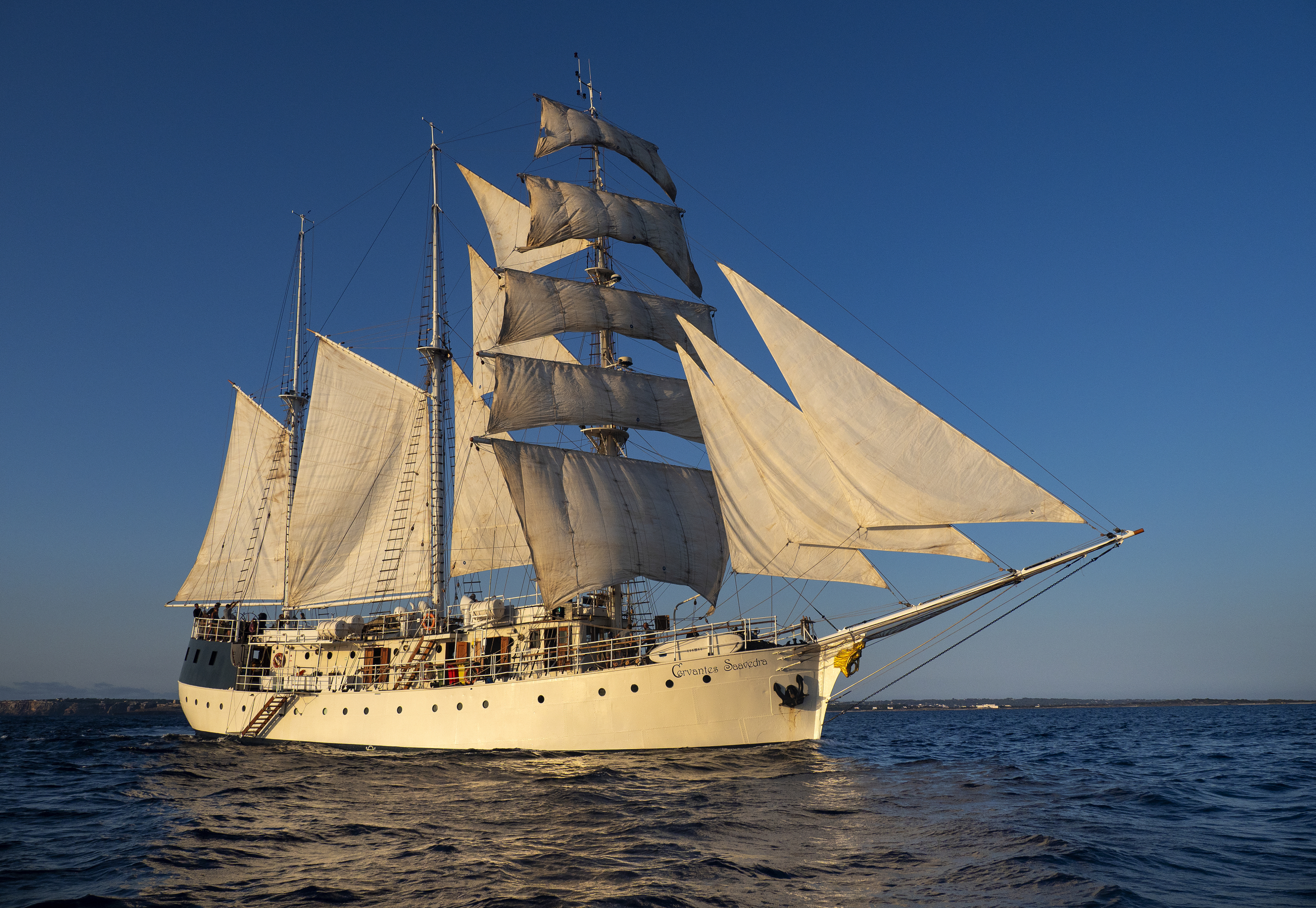 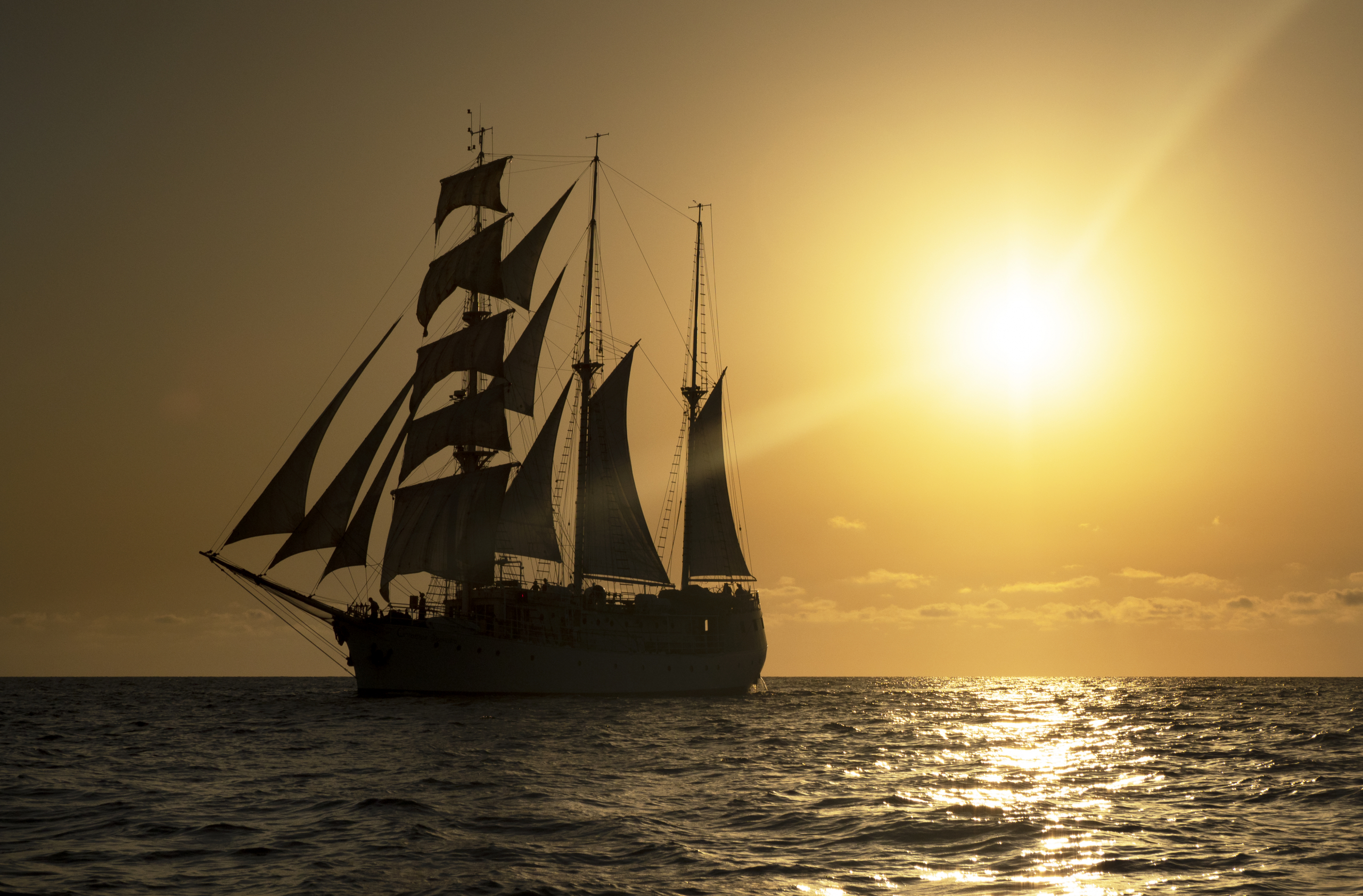 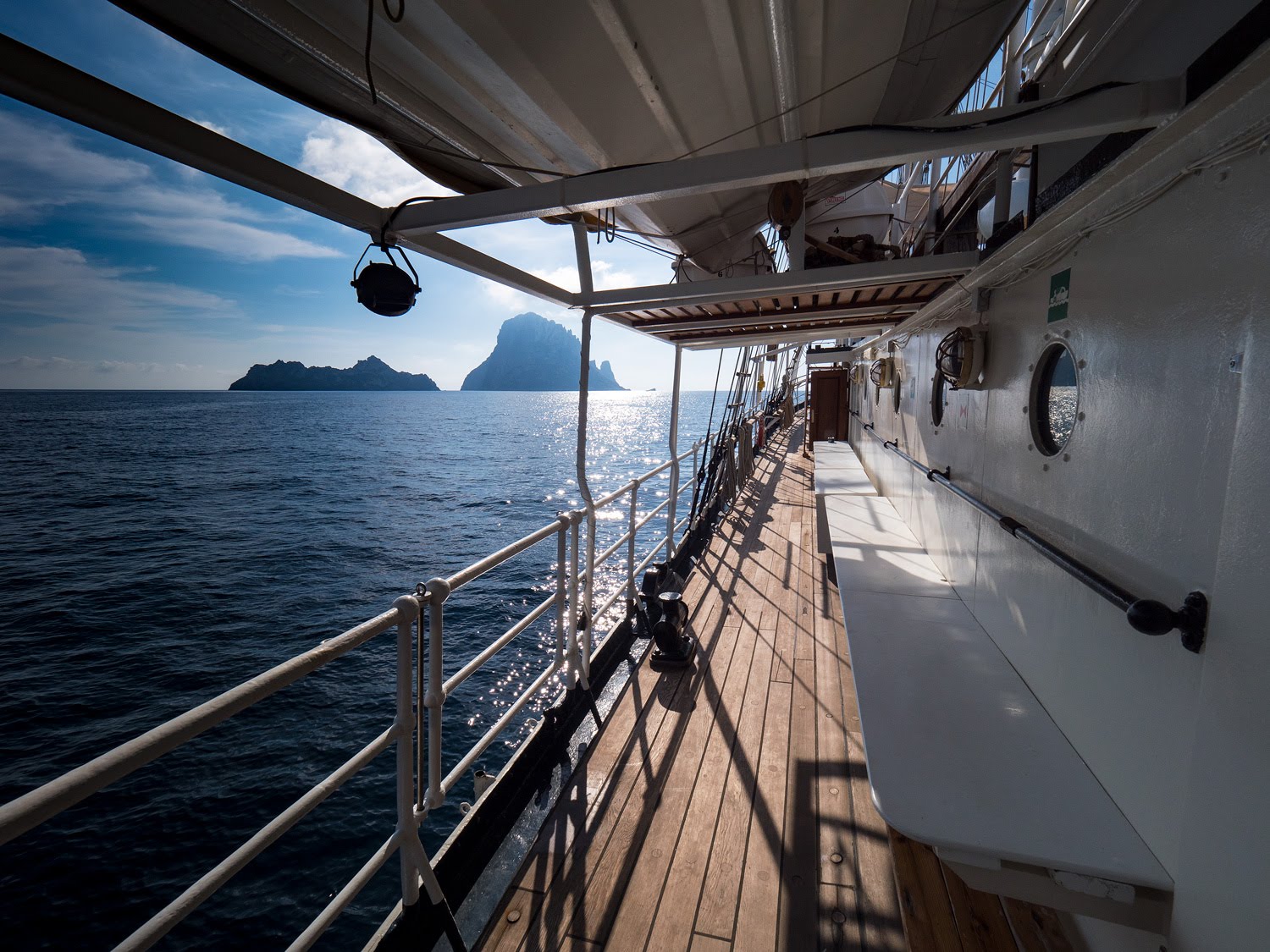 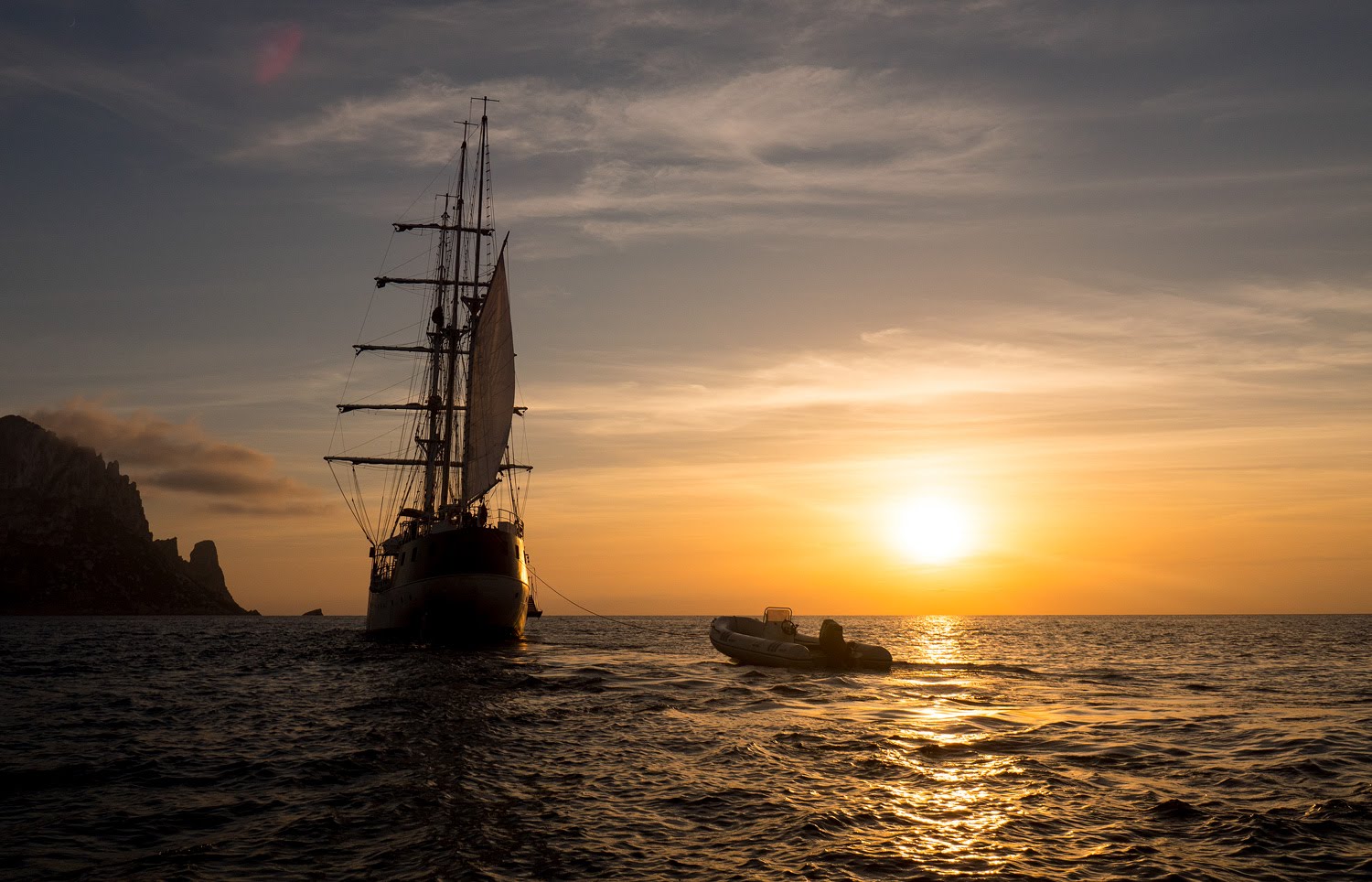 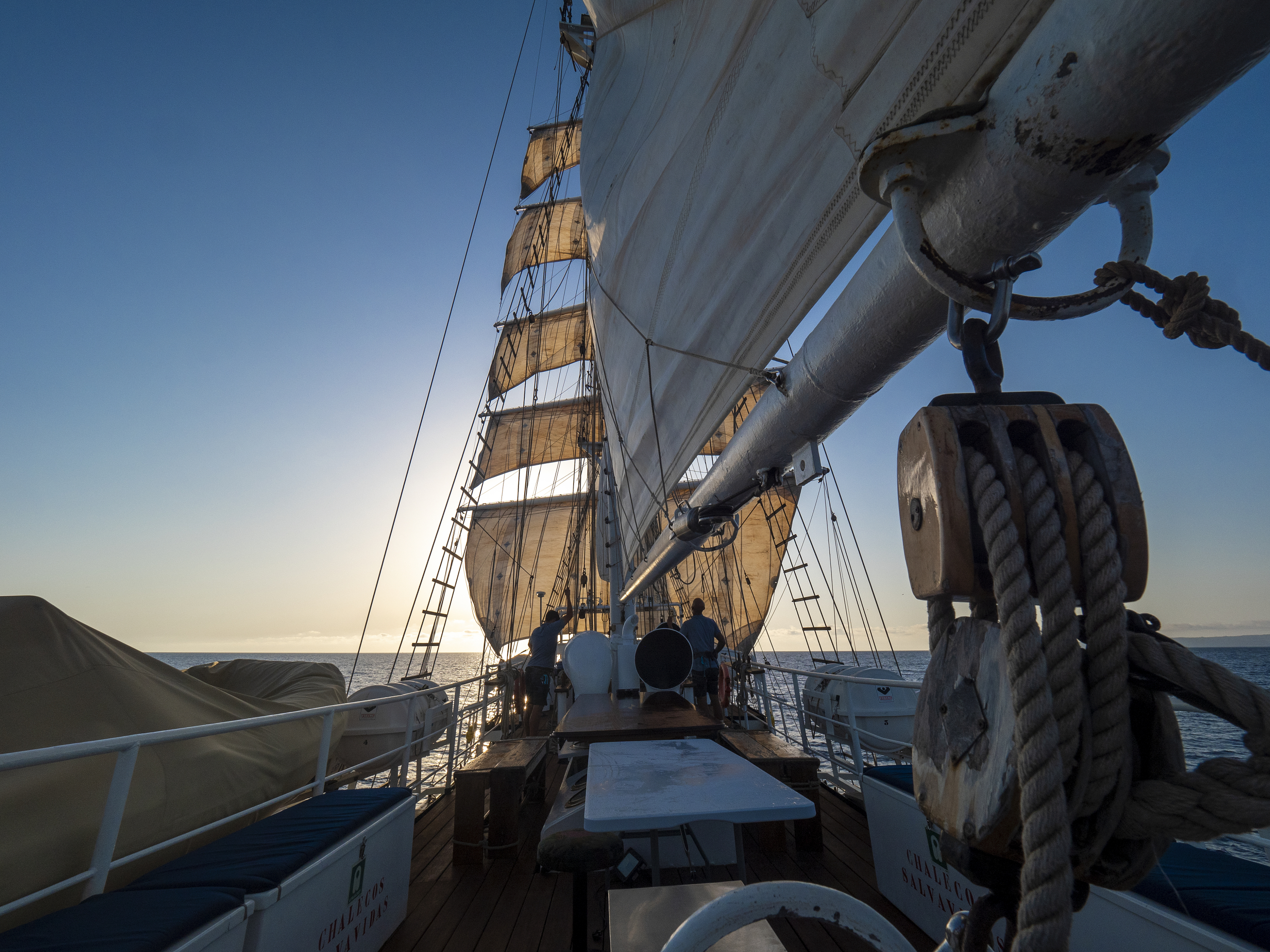 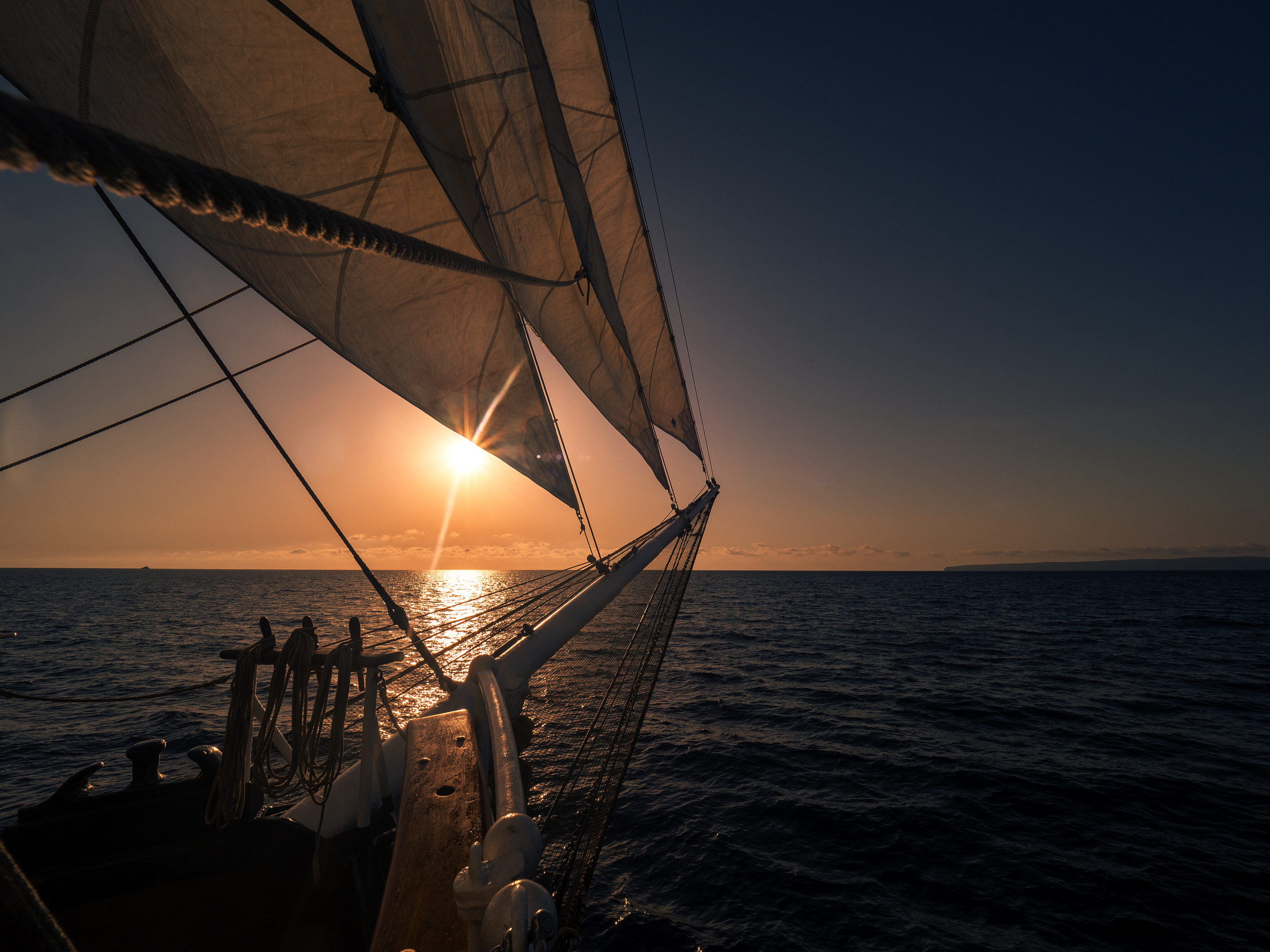 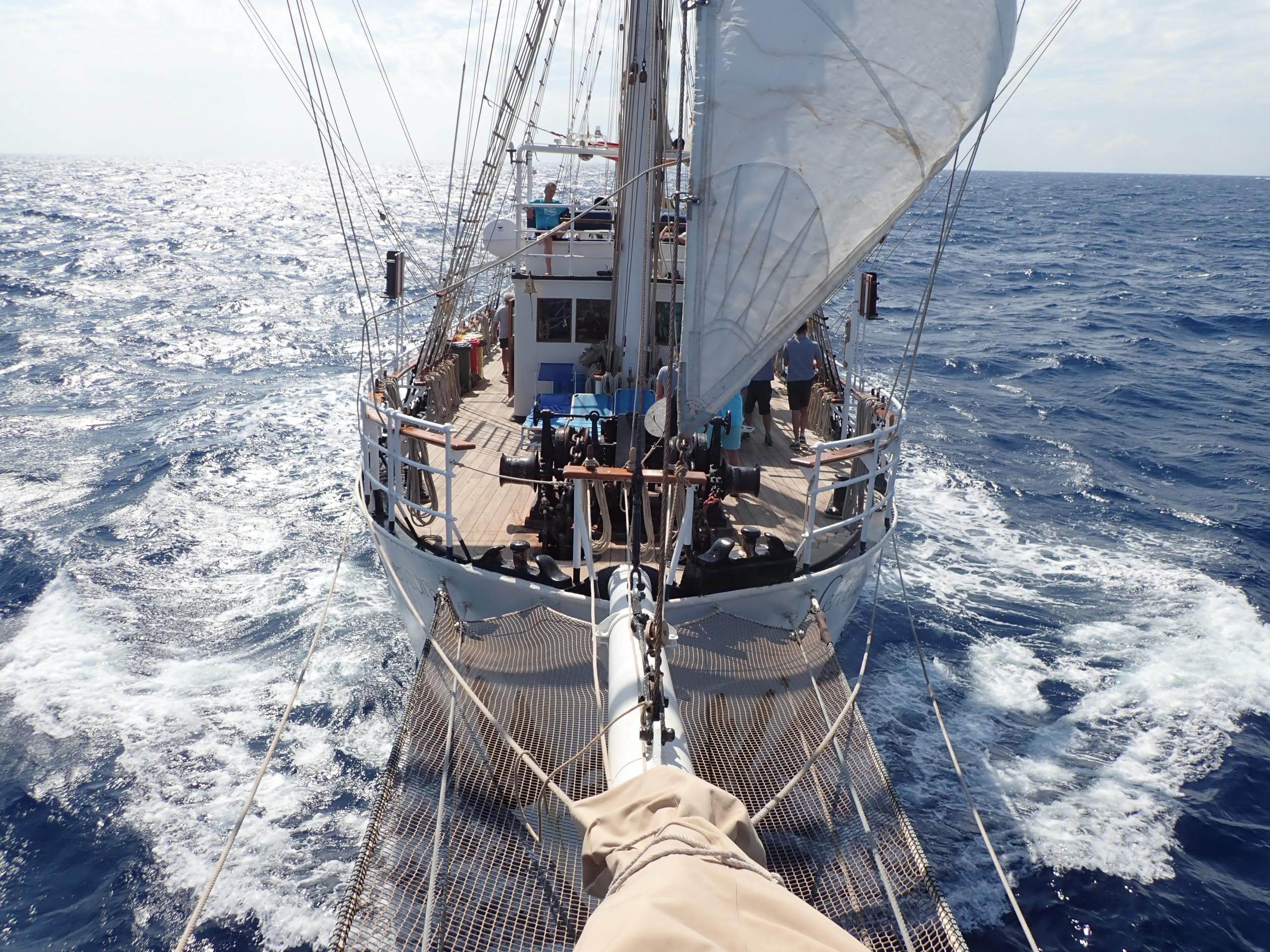 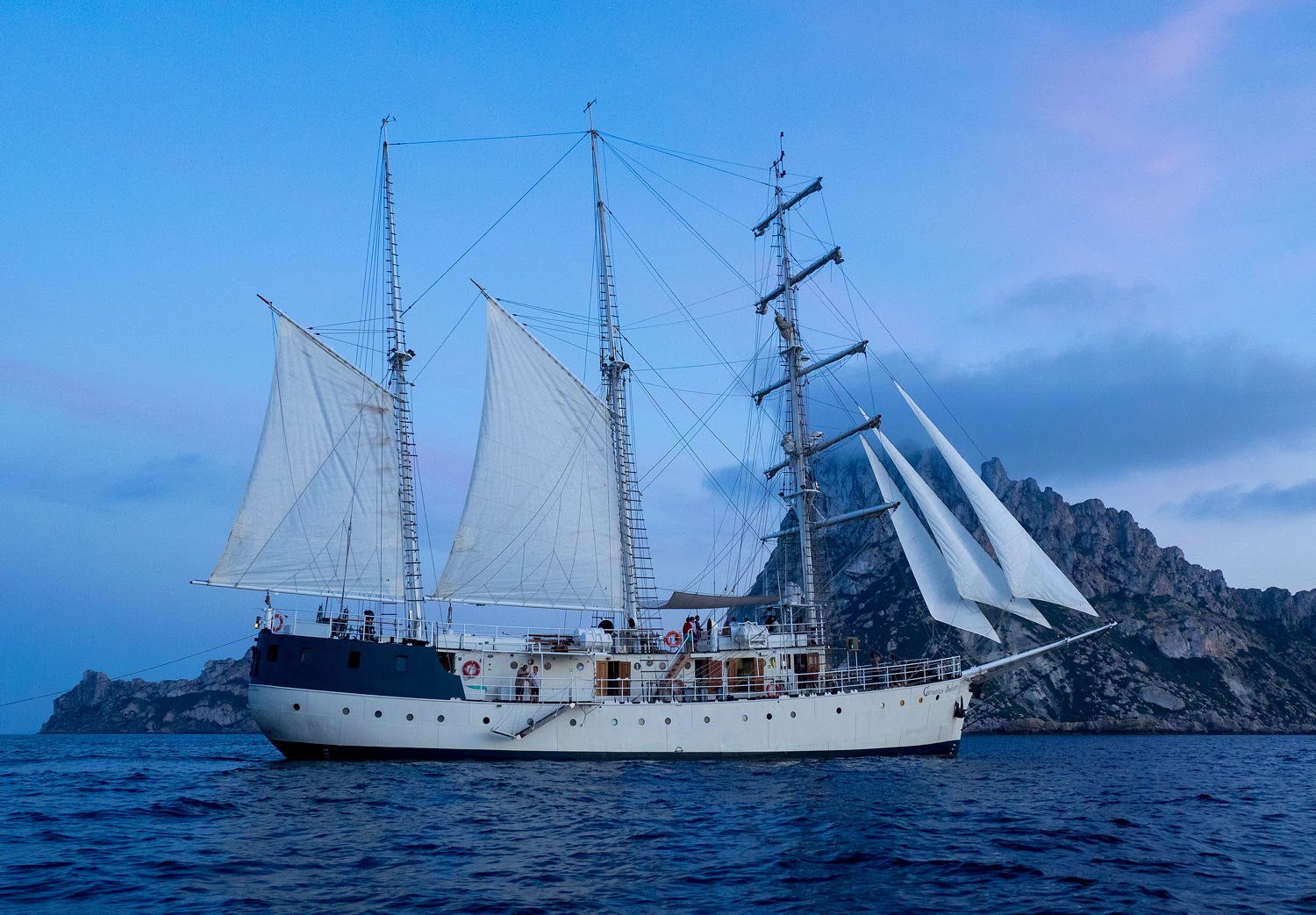